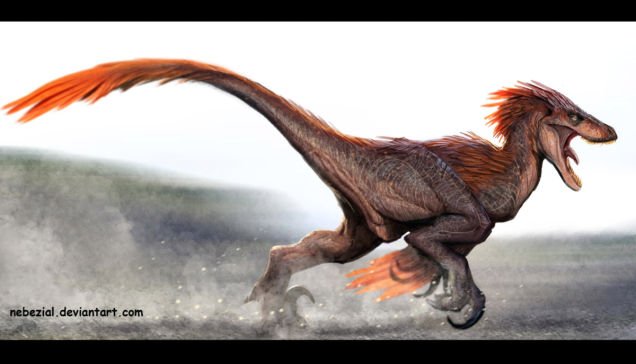 Nature is far more adapt at harnessing complexity than linear, predictive systems. Maybe we need to borrow a page or two from her book when the status quo is challenged and a new ecosystem winks.

In modern capitalist economies, the primary purpose of public companies is to increase shareholder value. Its primary purpose is not to survive forever; neither is it to offer livelong employment to its employees. Within this nugget of wisdom, a counter intuitive mind-set is born when an organisation’s business model is faced with disruption. In some instances is does not make sense to change your existing business processes to counter the disruption. In some instances the best course of action is simply to plod on and try to make as much profit until the inevitable happens and your doors are closed down for good. In other instances, the best course of action to survive a disruption is exaptation. But I am getting ahead of myself. Let us start at the beginning.

The Transillience Map was published by Abernathy and Clarke in 1985, and appeared in the Bible to Technology and Innovation Management students everywhere; the Burgelman text used by MIT, Stanford, Harvard and any other Technology MBAs worth its salt. Within it, the traditional 2 x 2 matrix is used with a slight deviation from practice. The quadrants are polar opposites, starting from the centre of the matrix outwards, indicating either a strengthening of current competences, or a destruction of the linkages to these competences.

Disruption is however like manna from heaven for most consulting firms. They have an array of strategies and methodologies, which will save the incumbent firm of its assured demise. Most consulting organisations recommend the set-up of a separate innovation unit that is supposedly tasked to create a copycat image of the company threatening the status quo with disruption. In the majority of cases these activities are but a knee-jerk reaction to the inevitable, and at worst a fatal distraction for a company that has to tear itself apart in a vain attempt to remain relevant in changing market. Imagine having to drive two polar opposite strategies at he same time: One to keep entrenching the links with the market and the technology, and the other one keen on destroying the links the market and the technology. It is no wonder that employees sometime see their companies as slightly psychotic.

If disruption in an industry is seen to be inevitable, it does not make sense for the incumbent to try to react to a well-funded disruptor with mass-market appeal. In the same way that it would have been nonsensical for a CD Music chain store to belatedly start an online music service, it is nonsensical for a company to belatedly try to react against a competitor using the same business model. If the primary purpose of a company is however to increase shareholder value, then using the strategy to continue exactly like before makes perfect sense. The incumbent should make as much profit while the market is still buying from it. It is up to the shareholders to decide when they are to sell shares in the disrupted entity, and when to buy into the disruptor. There is nothing wrong with the idea that older companies die while new ones are continually being born. If we are to learn from nature, we have to realise that companies face a natural death, and that new companies with new business models are better suited to a changing competitive landscape.

What if a company believes that it has unique competences that should not be destroyed in a willy-nilly fashion? Maybe an alternative strategy is available for the company that face disruption, who is not content in letting its hard won competences go to waste. It is called the strategy of exaptation.

Exaptation is a term borrowed from the world of evolutionary biology. Is refers to the development and maturity of a competence within a specific context, which is then used within a completely different context, for a completely different purpose, sometimes with astonishing results. Famous examples are dinosaurs that developed feathers for warmth and sexual display. On a specific day, a dinosaur glided from one tree branch to the next, and opened the door for an entirely new species to develop as flying dinosaurs took to the sky, and paving the way for the emergence of our avian friends.

In the same vein as the flying dinosaur, the company that is to be disrupted could rather look at the competences they have developed and honed over the years. They should seriously contemplate how these competences could be leveraged in a completely different marketplace. It is argued that it is often a far better strategy to leverage well-developed competences in a new market than to destroy these very competences in a vein attempt to survive in a disrupted one.

A personal narrative will highlight the issues. My first interaction with Core Competences came when I started my Electronic Engineering career in 1992 at a company called Integrated Seismic Systems. It developed technology that monitored earth tremors in mining operations. It used this information in graphical form to show where stress is building up within mines, allowing mines to better manage the threat of rock bursts. In doing so, it developed three very important competences:

I was asked to investigate the use of the technology for machine monitoring and preventative maintenance on the mine. By predicting the failure of a part in the machine, preventative maintenance could save millions of dollars. These crushing machines are made up of various gears, all with different sizes and rotational speeds, each one emitting a different sound. By measuring the signals emitted by the various parts of the machine, the exact location of a failing part could be determined.

The competences required to do this was as follows:

Sounds familiar? Yet, the management of ISS did not embark on this path, as it was primarily in the business of Seismic detection and management. Its current revenue source was not being threatened, and therefore saw no reason to apply these competences in a completely different market.

In a similar vein, a number of companies have developed and matured unique skills and competences within specific markets. If disruption looms, it may be a very prudent strategy to leverage its existing competences in new emerging markets, rather that trying to cling on to their existing market. Examples of technology companies such as LG starting to play a role in the creation of Augmented Reality screens, or companies like Nokia that use their cellular technology to create real time Virtual Reality Movie Cameras come to the fore. Questions can be asked why Kodak, with key competences in chemical analysis and imaging did not use these capabilities to do large-scale DNA analyses, rather than die an unsavoury death trying to compete in a changing photography market.

If a company’s competences are seen as world leading, its very survival might rest on exaptation, not a futile attempt to break down the very competences that make it successful to try and compete with a newcomers with a completely different business models and profit point.

Remember the next time you are faced with disruption. Leveraging your existing competences in a brand new field may be far more useful for the survival of your company and its employees than trying to delay the enviable.

Pieter Geldenhuys is the Director of the Institute for Technology Strategy and Innovation, which uses post-graduate University accredited programmes to foster Innovation projects within companies. The article is based on his keynote presentation: Business Unusual, which looks at new Business Models in a Hyper-connected world. He can be contacted via his website at pietergeldenhuys.com

Welcome to WordPress. This is your first post. Edit or delete it, then start writing!