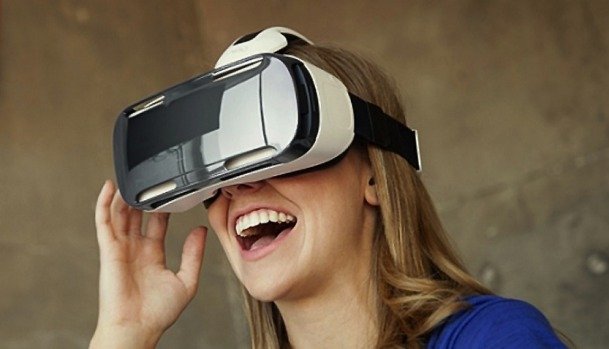 The geeks amongst us have been waiting for this moment for years. Science fiction writers and Avant guard movie producers have been using the theme countless times. Technology companies and telecommunication providers have been licking their lips in anticipation. What is this long awaited technology, you may ask? Quite simply the day when Virtual Reality becomes indistinguishable from “real” reality!

As some would say, the only difference between Virtual Reality and Reality is the amount of data we experience. Ever since we started turning our smartphones into Virtual Reality goggles, a whole new industry is straining at the leashes to break out. The VR industry will give new air to paint ballers as competing teams will emerge themselves in simulated war-games played in VR rigged barns and lofts. The Porn industry will grab the opportunity with both hands, and Architects will use VR tools to build upon a better foundation with their clients. Realtors will use VR headsets to give prospective clients a virtual tour of the house on the hill before taking them down the garden path, and car dealers will use Virtual Reality to sell next year’s model long before taking their clients for a ride. All of these applications however are focussed on niche markets, and the experience is mostly consumed on an individual and ad-hoc basis.

Beyond tourism, games and simulated experiences, a whole new competitive landscape is slowly but surely emerging: LIVE VR sport. And it is going to be HUGE!

Picture courtesy of Next VR.

The future of Transferred Reality

The Springboks are playing the All-Blacks, and the tension is palatable as the giants of rugby face each other. You are sitting in the stadium wearing your Green and Gold with pride. As the Springboks move closer to the All Black line, you simply decide to put on your VR goggles and move to VR Camera No 5 to experience the game close to where the action is. You are seeing and hearing the game in all its 360° of glory. The home crowd goes livid as the Springboks score their first try, right in front of your (virtual) nose. This is a moment to celebrate. As you turn your head to the left where the hot girls with the Coca Cola T-shirts next to you (or to be more precise, next to Camera No 5) is jumping up and down out of pure joy. You want to give them a hug but realise that your body is actually on the other side of the stadium. In a flash you return to your seat to celebrate (by simply removing your VR goggles) and give your friends a high five, before briefly returning to Camera No 5 to look at the Coca Cola girls again.

This reality is not far off. As full 360° VR cameras like the Nokia Ozo launches into the market, whole new business models will start to emerge. The whole concept of Virtual Reality as a descriptor will be challenged. If you are at the game, moving to another viewpoint equipped with a VR camera only enriches the real experience. The sights and sounds are real. Two of your senses were simply shifted in time and space, allowing you to experience reality far better than you could within the constraints of your mortal being. This experience should rather be called Transferred Reality, rather than Virtual Reality. With the rapid advances in technology, very little of the experience will feel virtual. Within your recollection of events, the boundary between real and virtual will increasingly become blurred. It will look real, it will sound real, and it will feel real; just not real-real.

Live sport and concerts will become huge new revenue sources, as multiple VR cameras stream their 360° view to anyone with a fast Internet connection, a pair of VR goggles and a VR admission ticket. People in Oslo will now be able to join a live concert in Cape Town and visually experience the concert as if they are really there. You can always stand around and be trampled for hours in your nearest mall, and purchase overpriced and overcooked food before the concert if you want to make the experience more realistic. And the girls with the Coca Cola T-shirts next to VR camera No 7 at the concert look weirdly familiar as you briefly contemplate that they may not be there out of chance. As you see them jumping up and down out of joy, you smile like an idiot while holding the hands of your VR kitted girlfriend, which is also sporting a goofy smile while looking at the hunks wearing Coca Cola T-shirts next to VR Camera No 9.